Gay, Out and Still Married

Gay, Out and Still Married

By Eric Kearsley. Eric has been attending GAMMA since 2005. 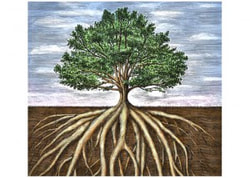 There was a time when the phrase “gay and married” could only have meant that you were married to a woman and probably very deeply in the closet. Happily, that phrase has a more joyful meaning now, but there are still many gay men in relationships with straight women who are struggling with a choice they made in another time.

I am a gay man who came out to his wife and kids after nearly thirty years of marriage.  When I married her, I knew I was gay but I had convinced myself that I would be happier living the straight life: I could avoid the scorn and shame that I expected for being gay, I could have kids, and I would be meeting all the expectations of my family.  I also thought I could make my wife happy because I was in love with her.  As the years went by, my focus was largely on my family and my career; I think I was genuinely happy and I felt lucky.  I certainly missed the secret gay life I had enjoyed before getting married, but I was always very busy and surrounded with loving people at home and at work.  It seems crazy now, but I really thought I was better off staying in the closet and that I could get through my life without ever having to deal with my dark little secret.

Like many generations of men before me, I just might have pulled it off.  Thankfully, because of the LGBT movement, I was able to let go of the shame I had always felt about being gay.  Unfortunately I still felt like crap because I still had to deal with the fact that I had not been honest with my wife and kids.  I told myself that they would still love me, but I knew that my lifetime of dishonesty would really cause a lot of pain, especially to my wife.

She is truly an incredible person: when I finally came out, her immediate reaction was to hug me and to say that it must have been very hard for me over the years.  We had some pretty intense talks dealing with the most fundamental issues in our relationship.  We didn't know where we were headed, but we just kept talking.  We dealt with issues of our sex life, our finances, my desire to date men.  We talked about how to tell the kids and our families.  Fairly quickly we both realized we needed to talk to other people and we looked for support groups.  I had seen an ad in MetroWeekly about a men's group for gay or bi men who were in relationships with women called GAMMA.  Over the years, that group has been incredibly helpful to me.

I attended my first GAMMA meeting within a week or two.  When I got there I was pretty apprehensive, but once the meeting got started and as I heard the stories of other men who were dealing with my same issues, I started feeling a lot more comfortable.  I continued to go on and off for a number of years. The group is valuable to me because it is a safe, respectful and nonjudgmental environment to talk about these issues.  Over that time, I have heard an incredible range of stories from these men. Some of them were dealing with very angry spouses, some had problems with their kids, some had crushing financial challenges as a result of coming out.  The group never gives advice because there simply is no “right” solution to any of our issues that could possibly work for everyone.  Regardless of the issue, over time I have found that I have been helped by hearing the same problem discussed from a variety of perspectives.  What continues to amaze me after a lot of years is the positive atmosphere that pervades these meetings. This group has caused me to think about issues that would have never occurred to me.  I have also gotten to be close friends with a lot of wonderful men who have done amazing things with their lives.
During these years, my wife and I have had a lot of long talks and in many ways we have deepened our relationship.  From time to time I date men and for a long time I had a loving relationship with another gay married man.  Right now I am feeling very happy to be out of the closet and that I have a very good relationship with my wife and kids.  I am writing this story because I know there must be hundreds of thousands of mixed orientation relationships and I don't know of any other men's support group that is anything like GAMMA. I will always be grateful to the many men and women who had the courage to be themselves and to take risks in a time when it was a lot tougher. They changed the world.  The most important success of the LGBT movement is the power it has given to us to come out to ourselves, to our families and even to our associates at work.  This has not only enriched our own lives by deepening those personal relationships but it has also made the world a safer place.  It is a wonderful time to be out and proud.