By Harry Fox. Harry has been attending GAMMA meeting since 2011, first as a participant, soon after coming out to his wife, and a few years later as a meeting facilitator. ​He writes about his experience learning about GAMMA from a close friend and coming to a GAMMA meeting for the first time.
When I came out to my wife and told her I was gay it began a terribly painful time for both of us.  We quickly agreed that we would go into individual therapy. But I also held the hope that I could find a specific program or support group for men who are gay and married to a women.

I called one of my oldest friends, a man I had met during my first year of college thirty years earlier, who is gay.  He was also the author of a number of gay themed books on a variety of topics, including a wonderful gay history, two biographies of gay men, and a book for teenagers about being gay---I hoped he would be able to help me and he did.  He told me about a support group called GAMMA he knew of in Washington, D.C.  He also put me in touch with a man he knew who lived in Washington, D.C and had attended GAMMA for a number of years when he first came out to his wife. 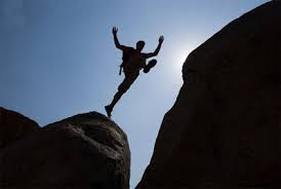 His friend and I played phone tag for a week before we finally connected. It was a Friday morning when his friend called and I was on the last day of a business trip to Boston.  He explained to me that the Washington, D.C. GAMMA meetings were on the 2nd and 4th Friday of each month, and met in the community room of a church in the Dupont Circle area of Washington, D.C.  As we talked, I realized it was the 2nd Friday of the month and there would be a GAMMA meeting that night.  I didn't really give myself time to think about it much or get nervous.  I just decided I was going to go to the meeting.  I called my wife, told her about the meeting which she thought was a great idea, and that I would be home late.

The meetings start at 7:30 PM. I realized I would barely have enough time to get to my car, parked at BWI, and rush into DC to make the meeting.  That night was a mad rush from the airport.  I landed right on time, ran for the bus to the parking garage, jumped in my car and raced towards DC, praying I wouldn't get stopped for speeding.

I arrived at the Church, exactly on time, and was greeted by a cozy room on the first floor of the Church that was set up like a living room with two comfortable couches, two big old arm chairs, a coffee table and a few folding chairs.  There were about 15 men there that night and I was warmly welcomed by the men, introducing ourselves by our first name.

The facilitator that evening, after giving a short history of GAMMA, discussed the ground rules and the requirement for confidentially.  He then described how we would go around the room and each man would have the opportunity to introduce himself and talk about what was happening in his life.  After we went around the room once, the facilitator said, we would focus on a few of the key topics or themes that had arisen.

As each man spoke, their stories were powerful.  For the first time in my life I was hearing other men in situations similar to mine openly discuss their lives.  So many aspects of these men’s lives mirrored my own.  I heard pearls of insight from each man that spoke.

When it was my turn to speak I nervously talked about how I had come out to my wife a few weeks earlier and the emotional turmoil it had created in my marriage.  I had told my wife of my attraction to men when we first met 22 years earlier, but for most of our marriage, the topic had gone underground.  When I came out to her this time, it was because I no longer felt I could hide this secret that had been so much a part of my inner life, but compartmentalized from my life with my wife and son.  I came to GAMMA in tremendous pain and turmoil hoping to find understanding and support.  I found a place I could have honest conversations with men who intimately knew the landscape I was living through.

GAMMA has been a powerful part of my journey and the men I've met through GAMMA have formed the core of a wonderful group of friends.  The healing that began for me in that first GAMMA meeting has continued for me in meeting after meeting over the past years.